“Business people stopped judging themselves based on companies long term growth or reputation in consumer polls; instead, the measurement of their worth became a function of the bonuses and salaries they could squeeze out of the marketplace or out of mergers, acquisitions, and other short term deals they struck.”

One of the biggest characteristics of the Financialization Revolution is the change in corporate behavior.

Before the Revolution, corporate behavior typically included a  genuine concern with consumer opinion and the quality of the product they produced.  As Perkins says, early behavior included a kind of self judgement “based on companies long term growth or reputation in consumer polls.”  Remember when the “Consumer Reports” magazine held a significant amount of weight with corporations?

Since the Revolution, corporate behavior is nearly always concerned with “bonuses and salaries they could squeeze out of the marketplace or out of mergers, acquisitions, and other short term deals they struck.”  In other words, corporations no longer hold themselves accountable to a good, solid product.  “Consumer Reports” could shred their product to pieces, it wouldn’t matter.  What they care about is their own personal performance in order to secure bonuses.   They care about company performance only to the degree that it shows a profit at the financial market level:  Did we grow our portfolio last year?  How many new subsidiaries have we purchased?  Did our stock price increase over the last year and did it meet our growth goal?    If the goals are met, the bonus is huge. 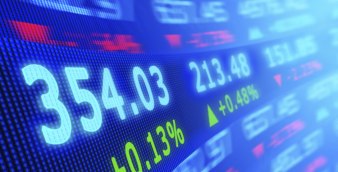 Since the Financialization Revolution, the goal of satisfying shareholders instead of consumers has become the primary focus of corporations.   This is new behavior and as citizens we must be aware of it in order to make sound decisions, whether they are economical or political.

As we watch the news this next week, I challenge us to pay attention to the interviews and thoughts coming from the corporate world.  Are they concerned at all with consumer opinion?  Do they worry that their goods aren’t selling?   Do they worry that their product still serves the consumers interests?  Are they more concerned with their place in the stock market?  Is the conversation focused on a meeting consumer needs or is it focused on corporate wants and desires?

I believe that if we start listening,  we will find Mr. Perkins’ quote to be spot on:  Business people could care less about the actual product they sell, their primary concern is boardroom interests and portfolio growth.

I believe that if we listen and observe with informed ears, we will begin to understand the concept of the Financialization Revolution and its impact.   THEN we can do something about it.

1 Response to New Corporate Behavior: Quote of the Week Discussion